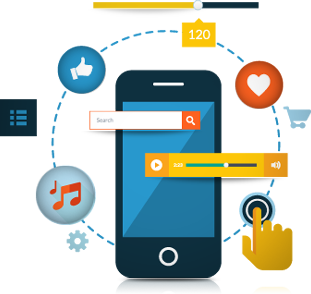 iOS is a mobile operating system software from Apple for its devices- iPhone, iPad, iPod, iWatch. The applications designed for iOS platform devices can be downloaded from the Apple Market. These Applications are device specific or can run on multiple devices which are iOS specific only. The Applications running on iOS are built using C, C++ or objective C languages.

The iOS application developer should have a good knowledge of iOS architecture and hardware specification of “I” devices. Few applications developed can be used by all “I”devices, but few depend on the hardware configuration of the device- processor, screen size, resolution etc.

The most important feature of the iOS applications is that they should respond the multitasking environment and multi touch. The application developer should thereby know the “I”device and iOS very well and should have knowledge of iOS SDK before he starts developing the application.

The second challenge that the developer should work on is that the application works well in the iOS environment which is a highly secured one. The iOS is known for its security features and data protection so the developer has to built applications those can work in such environment. Should not manipulate with the user information and other application and make the device vulnerable to the outer environment.

iOS SDK has been developed by Apple. The SDK consists of the following: